The Gallows is a live electronic performance, focusing on objects in motion and their relation to sound and space. Centerpiece of the performance is a t-shaped metal structure of 2.20 meters height. Each of the two booms at top of the pole has a pendulum with variable length at its tip, designed as mounting point for arbitrary objects. The movement and position of the objects attached to the string is obtained by sensors in real-time, providing data for the control of sound synthesis and spatialization processes. 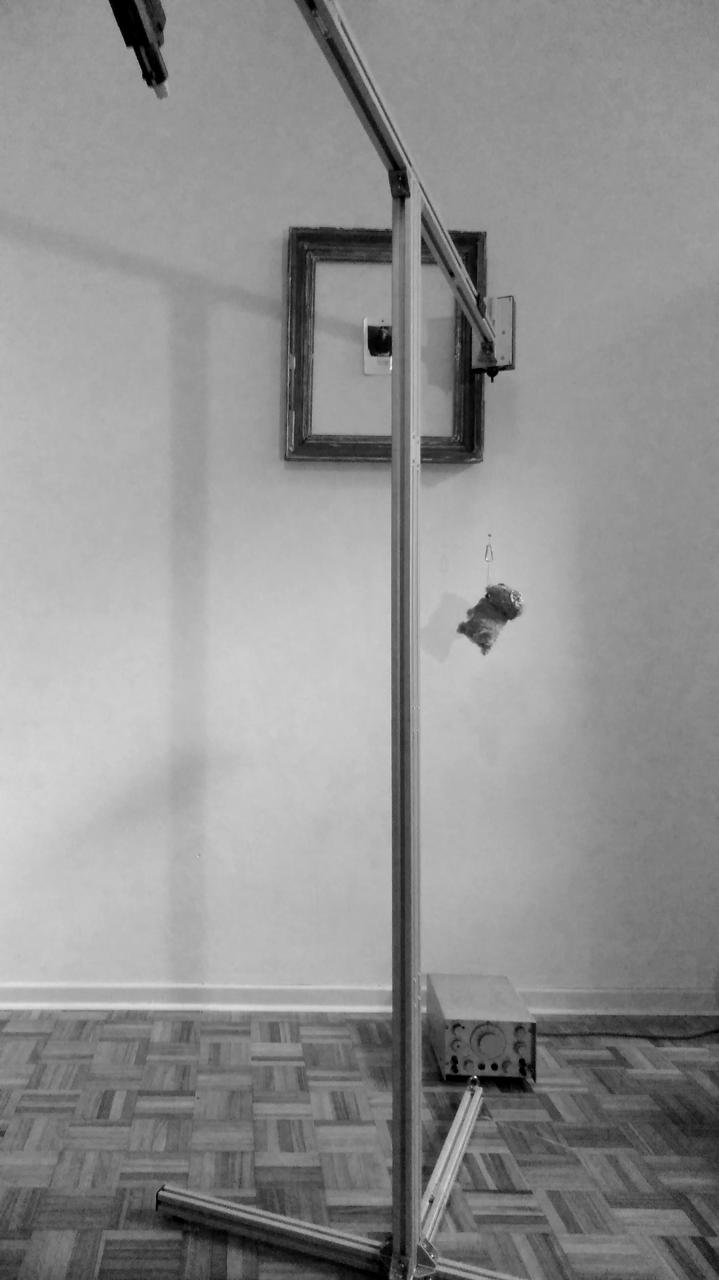 Studie für Doppelgalgen (2019), an improvizational work for two pendula and various analog oscillators, was premiered in Berlin in June 2019: