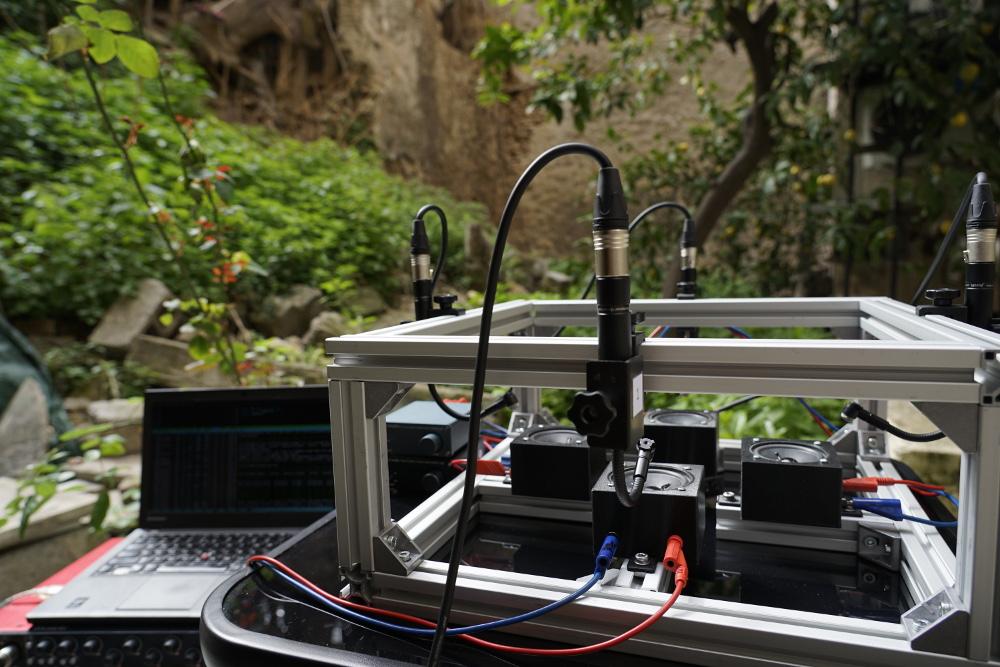 $\mu \alpha \kappa \rho o$ is an electroacoustic instrument for exploring small objects and their sounds. It is based on four microphones, combined with four small-scale drivers, for amplifying these small sounds by close-miking and feedback. A macro lens camera makes the objects and actions visible to the audience, allowing a very small scale performance.

The hardware is based on alloy profiles with custom designed driver cabinets. Thanks to Paul Schuladen for the 3D model and Heiko Will for 3D printing.

The topology of the resulting feedback network can be controlled in real time. Individual, modulated delays and a feedback gain matrix allow different patterns, which - in combination with the objects - result in complex rhythms, textures and timbres.

At its core, the software behind Macro is a routing matrix, allowing to set the individual gains $G_{x,y}$ between each microphone and each loudspeaker. The delay to each loudspeaker signal is modulated by an individual LFO. With conservative parameter settings, the LFO can be used to restrain the feedback. With extreme modulations, a periodic pitch shift is generated.

The project is based on experiments with the ELMO document camera, which comes with a 12x analog zoom for strong magnification: 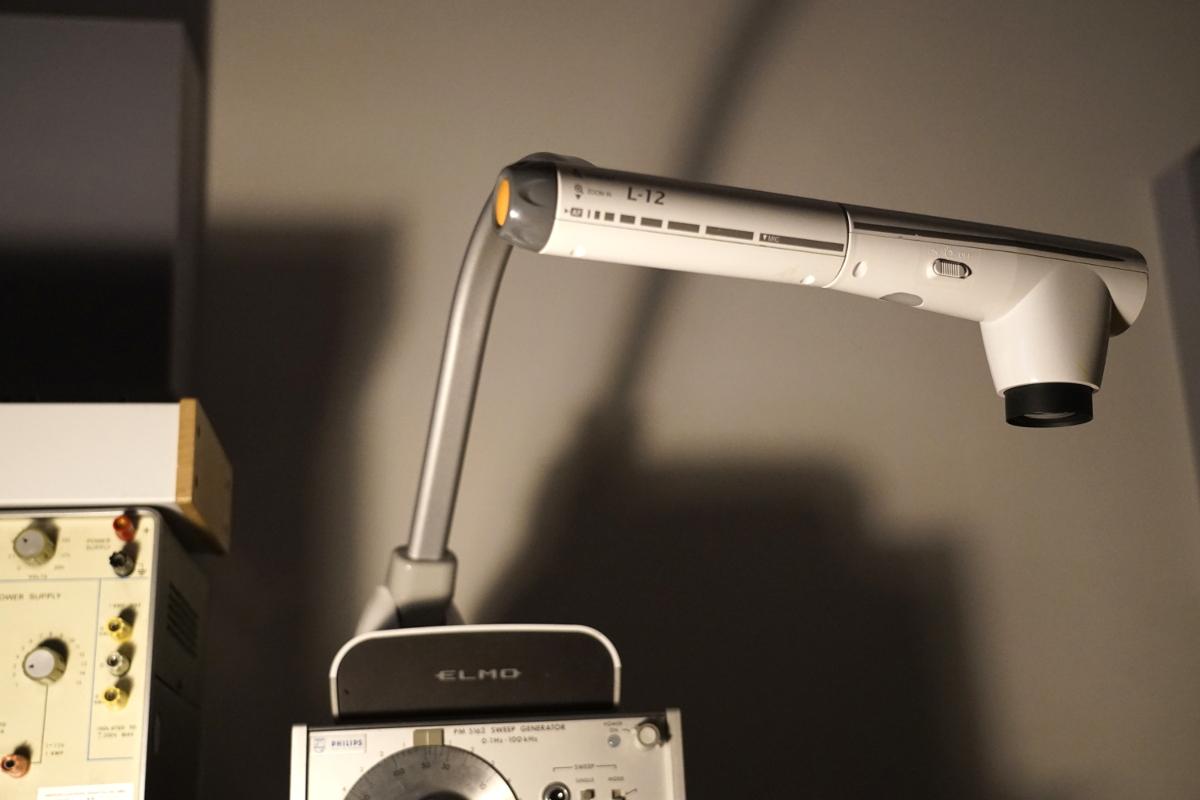