The SPRAWL system is the result of a collaboration between the TU Studio and the CCRMA, respectively Chris Chafe, during his stay at TU Berlin as Edgard-Varèse-Guest-Professor. With the specific plan of creating a local area network system for musical interaction, the project was started in two classes at TU Studio. 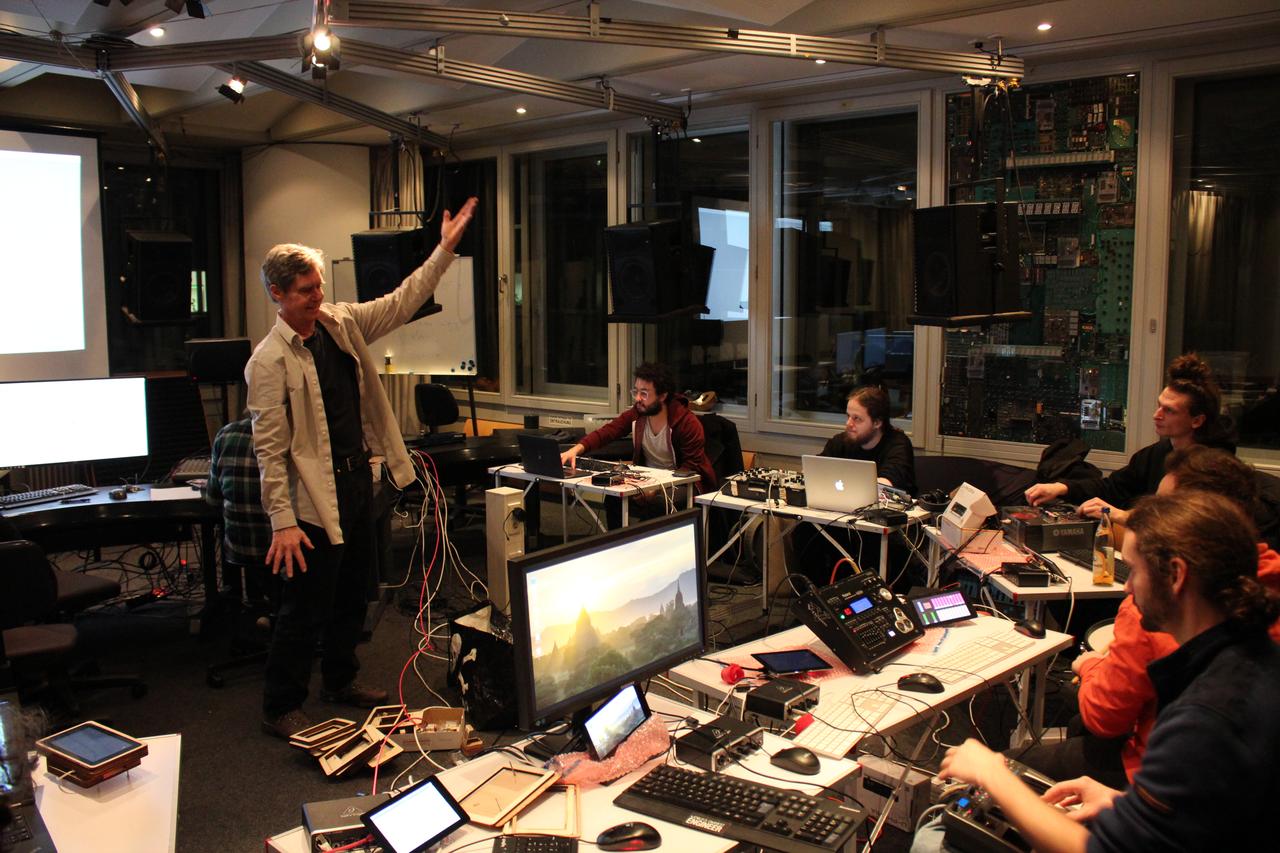 Using the bare systems in class.

The unified access points consist of a Raspberry Pi 4 with a 7 inch touch screen and an audio interface. Using GUI applications on these units, musicians are able to control the routing and spatialization of the system, allowing personal monitoring, the distribution of click tracks and related auditory information, as well as visual information and cues. Information can be distributed from the server or shared among the participants with custom software for individual compositions. 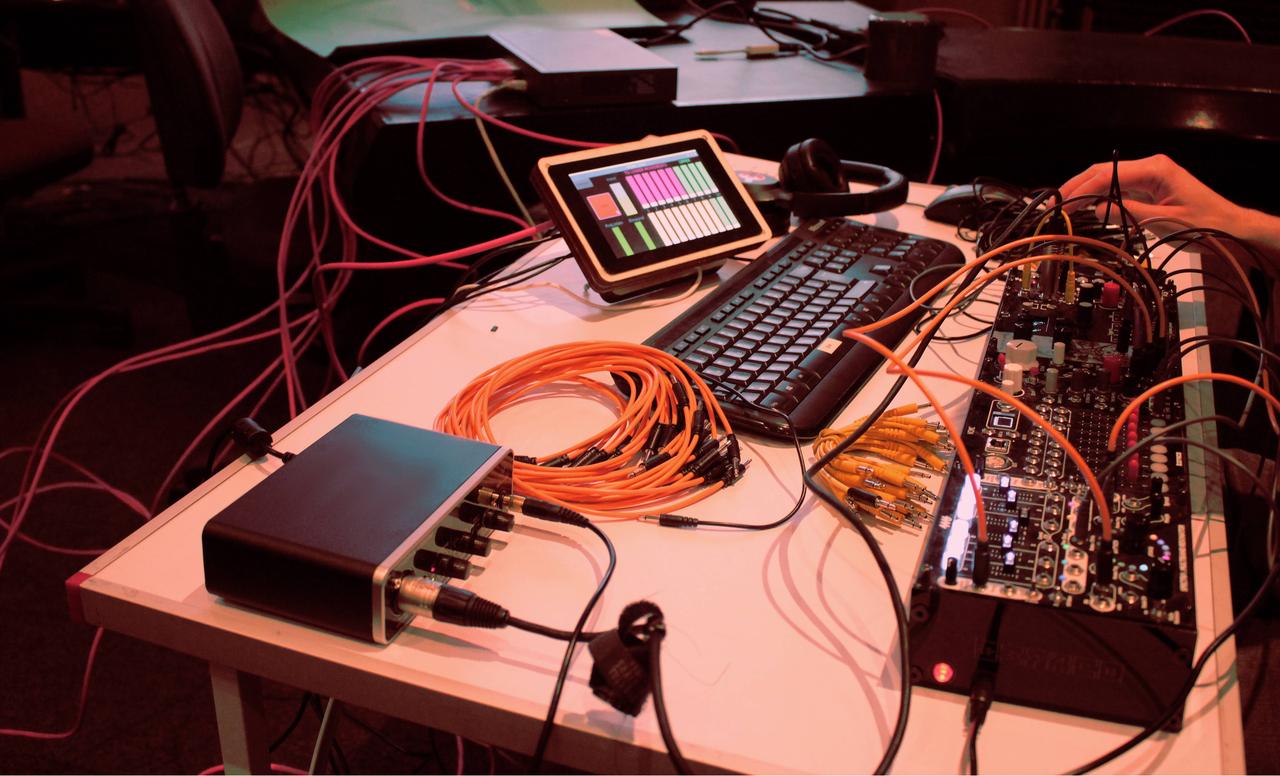 An access point in use with a modular system at TU Studio.

Due to some requests, a minimal image has been prepared. It works without the touch display, with a Raspberry PI 4 and any class compliant USB audio interface. This allows users to connect to a running HUB, which connects multiple access points via jacktrip.

A couple of steps are necessary for connecting to a HUB. Contact me for any further instructions.