The Network-Feedback-Systems project - designed and developed by Benedikt Wieder within his master's thesis - is based on the SPRAWL System for network interaction. Instead of using the network nodes as access points for musicians, they are configures as processing nodes in an interactive installation context. For occupying large spaces and covering long distances, the feedback path uses wireless transmission of metadata, instead of an actual audio feedback. A network management system, implemented in Python, takes care of the network configuration and message parsing. Audio signal processing is realized in SuperCollider, using a set of custom classes for the network connectivity.

On March 05 2022 the concept was presented as an installation within the event Making Things Audible in the courtyard of ACUD, Berlin. Three nodes were installed, using the yard's acoustics: 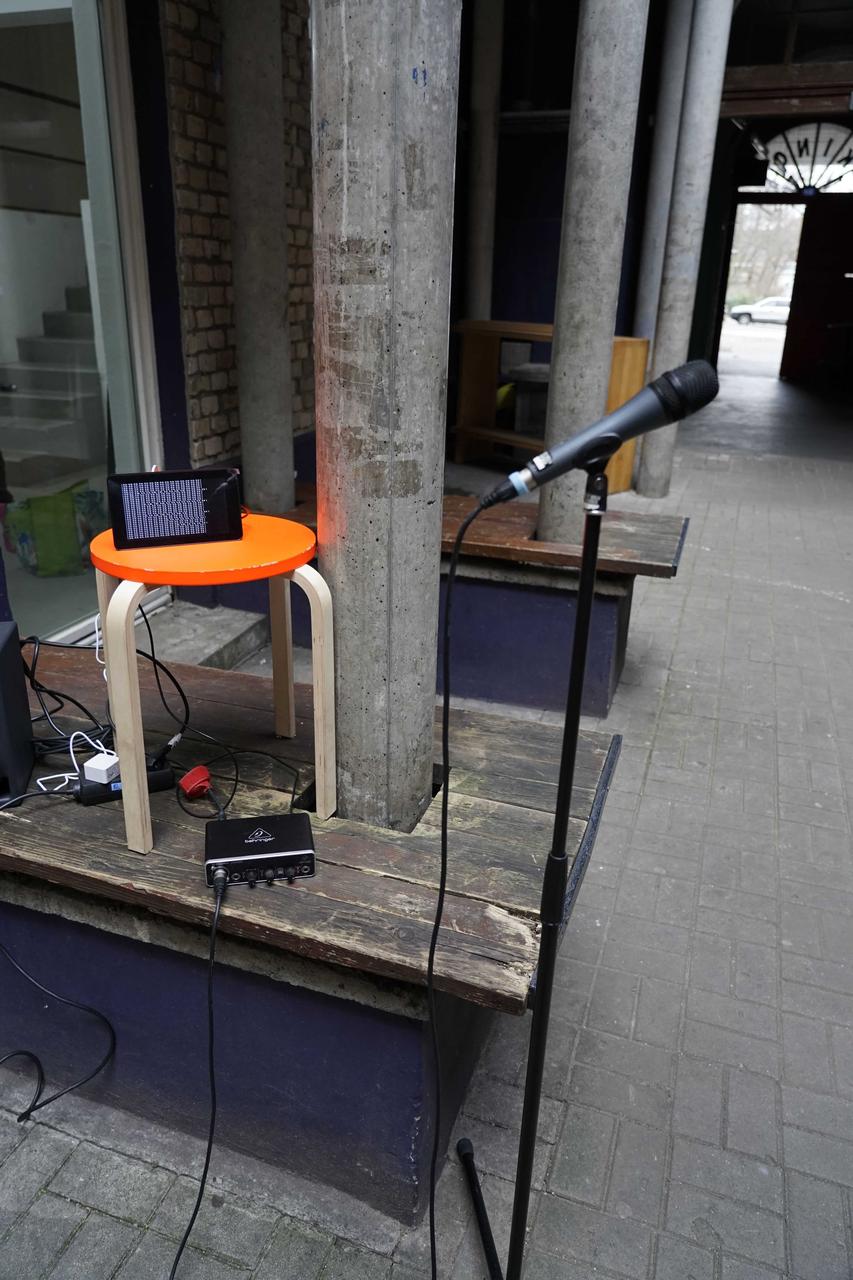 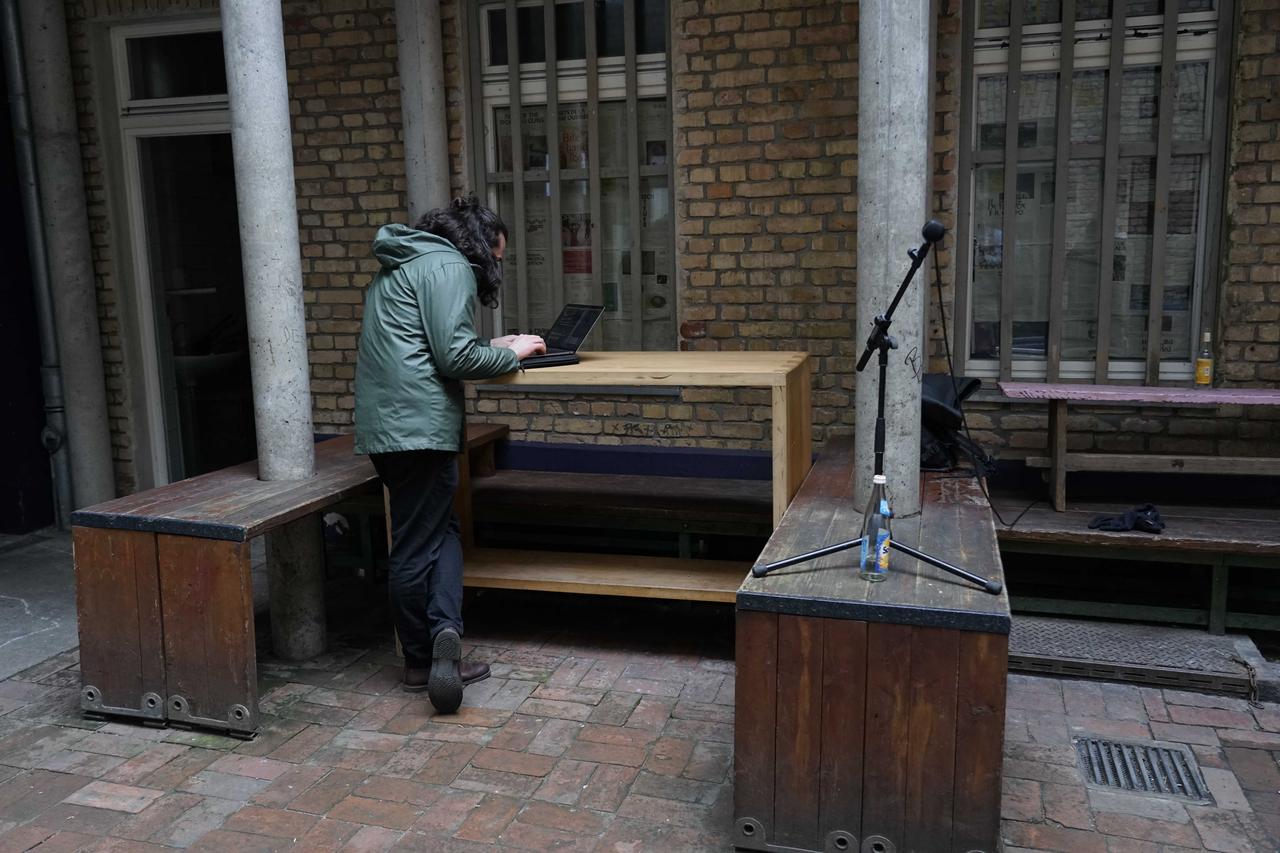 The audience could interact with the setup when passing by:

The network nodes each capture audio with a directional microphone and calculate audio spectra from the input. The resulting spectral bins are shared among the nodes via WiFi and used for a re-synthesis in a phase-vocoder style. 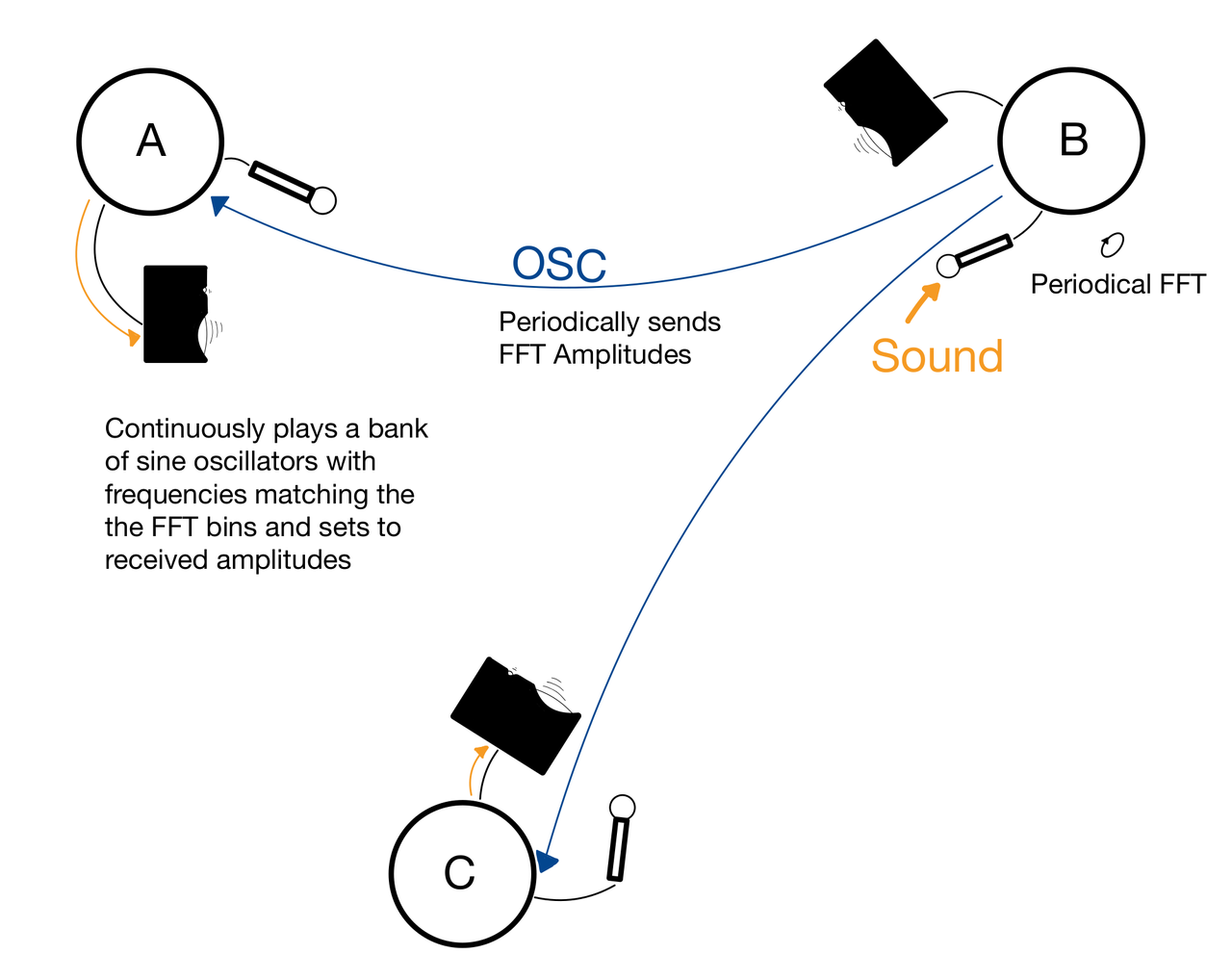 Feedback gain and other parameters can be changed during runtime, thus allowing settings with conservative feedback for user input or extreme feedback for self-oscillation: 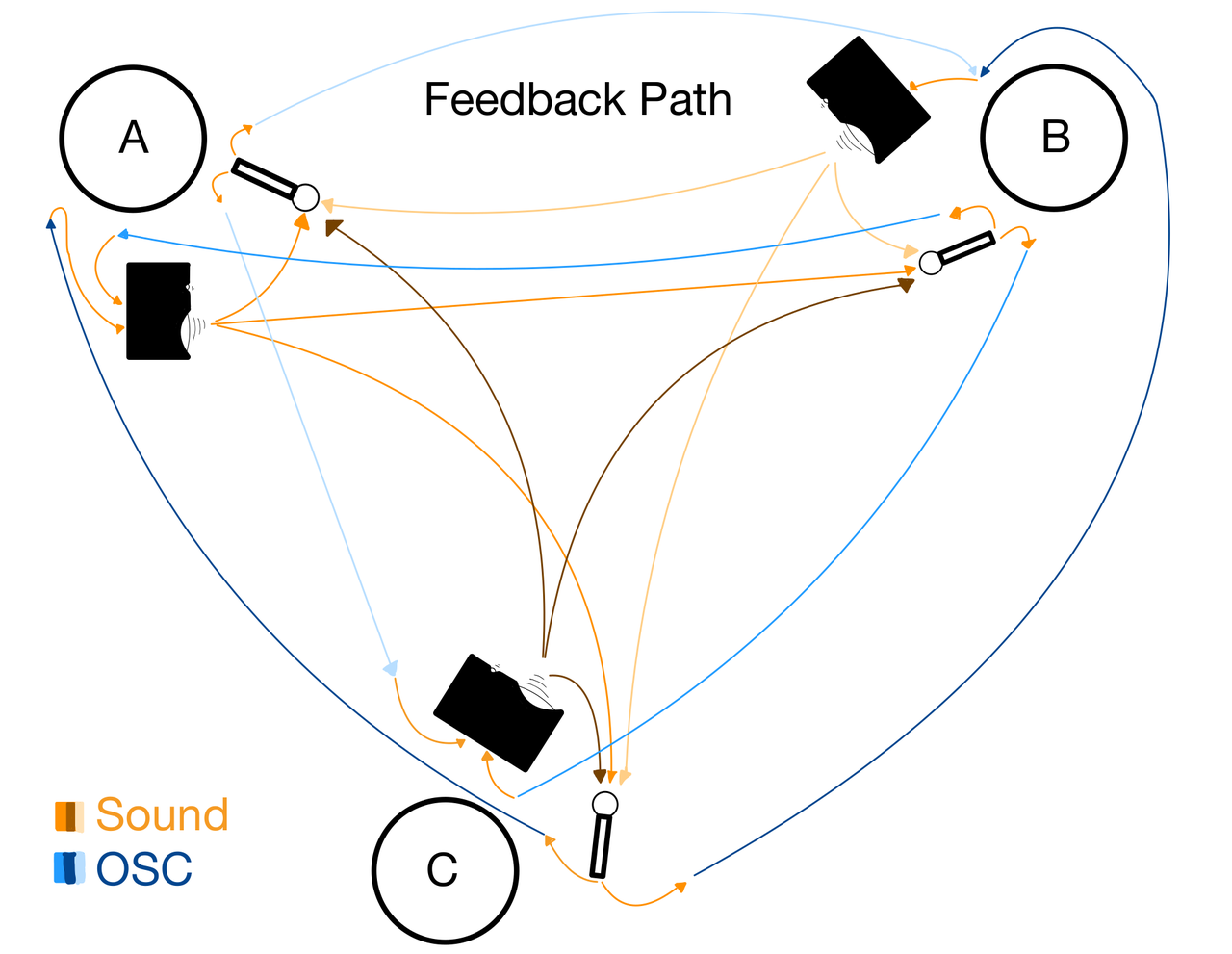