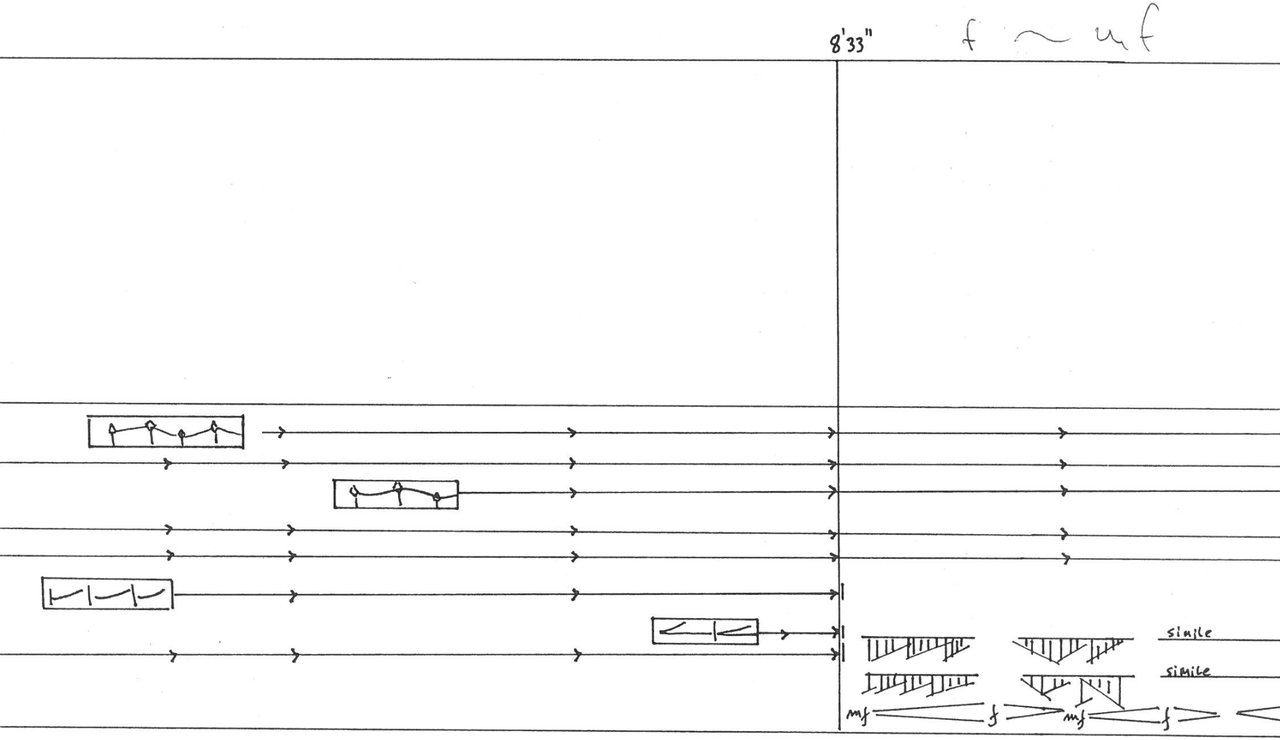 Sçir is a composition for bass flute and tape by Horacio Vaggione, realized at the TU Studio in 1988. The tape part makes extensive use of granular techniques (Roads, 2005), processing recordings of a bass flute. In a retrospective concert, the piece was performed live with Erik Drescher (flute) and Henrik von Coler (Sound Director) at Akademie der Künste, Berlin in 2018. Additional spatial diffusion techniques were used for both the flute and the tape - this is a binaural recording with the original spatial image: